You are here: Home › Campaigns and Series › SRLP On Hate Crime Laws 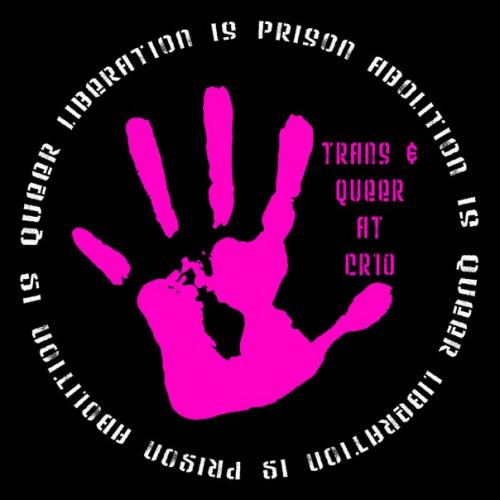 SRLP opposes the use of hate crimes legislation as a way to protect queer and trans people, as well as people of color, people with disabilities, immigrants, and all marginalized people. We believe hate crimes legislation build up systems that cannot protect us and deflect resources from systems that sustain and support our communities, such as education and health care. Please see our statement below.

In October 2009, President Obama signed the Matthew Shepard and James Byrd, Jr. Hate Crimes Prevention Act into law.  This law makes it a federal hate crime to assault people based on sexual orientation, gender and gender identity by expanding the scope of a 1968 law that applies to people attacked because of their race, religion or national origin. In support of this goal, it expands the authority of the U.S. Department of Justice to prosecute such crimes instead of or in collaboration with local authorities.  The law also provides major increases in funding for the U.S. Department of Justice and local law enforcement to use in prosecuting these crimes – including special additional resources to go toward prosecution of youth for hate crimes.

The recent expansion of the federal hates crimes legislation has received extensive praise and celebration by mainstream lesbian, gay, bisexual and transgender organizations because it purports to “protect” LGBT people from attacks on the basis of their expressed and/or perceived identities for the first time ever on a federal level. The Sylvia Rivera Law Project does not see this as a victory. As an organization that centers racial and economic justice in our work and that understands mass imprisonment as a primary vector of violence in the lives of our constituents, we believe that hate crimes legislation is a counterproductive response to the violence faced by LGBT people.

Already, the U.S. incarcerates more people per capita than any other nation in the world. One out of every thirty-two people in the U.S. live under criminal punishment system supervision. African-American people are six times more likely to be incarcerated than white people; Latin@ people are twice as likely to be incarcerated as white people.  LGBTS and queer people, transgender people, and poor people are also at greatly increased risk for interaction with the criminal justice system.  It is clear that this monstrous system of laws and enforcement specifically targets marginalized communities, particularly people of color.

What hate crimes laws do is expand and increase the power of the same unjust and corrupt criminal punishment system. Evidence demonstrates that hate crimes legislation, like other criminal punishment legislation, is used unequally and improperly against communities that are already marginalized in our society.  These laws increase the already staggering incarceration rates of people of color, poor people, queer people and transgender people based on a system that is inherently and deeply corrupt.

The evidence also shows that hate crime laws and other “get tough on crime” measures do not deter or prevent violence.  Increased incarceration does not deter others from committing violent acts motivated by hate, does not it rehabilitate those who have committed past acts of hate, and does not make anyone safer. As we see trans people profiled by police, disproportionately arrested and detained, caught in systems of poverty and detention, and facing extreme violence in prisons, jails and detention centers, we believe that this system itself is a main perpetrator of violence against our communities.

We are also dismayed by the joining of a law that is supposedly about “preventing” violence with the funding for continued extreme violence and colonialism abroad.  This particular bill was attached to a $680-billion measure for the Pentagon’s budget, which includes $130 billion for ongoing military operations in Iraq and Afghanistan. Killing people in Iraq and Afghanistan protects no one, inside or outside of U.S. borders.

We continue to work in solidarity with many organizations and individuals to support people in prison, to reduce incarceration, to end the wars on Iraq and Afghanistan, and to create systems of accountability that do not rely on prisons or policing and that meaningfully improve the health and safety of our communities–especially redistribution of wealth, health care, and housing.  A few of the many other organizations doing radical and transformative work to increase the health and safety of our communities include:

For these reasons, we believe that a law that links our community’s experiences of violence and death to a demand for increased criminal punishment, as well as further funding for imperialist war, is a strategic mistake of significant proportion.

For Further Reading: an excellent resource on this issue is the American Friends Service Committee’s In A Time of Broken Bones  , written by Katherine Whitlock. This and other materials are available on our Hate Crimes Legislation Reference Page.

See Also: Click here for our statement about why we don’t support the hate crimes portion of GENDA.