You are here: Home › News › Community in Violence
By Kimberly Mckenzie, Director of Outreach and Community Engagement on March 1, 2017 in Get Involved, Membership, News, Policy Advocacy, SRLP News
Tweet 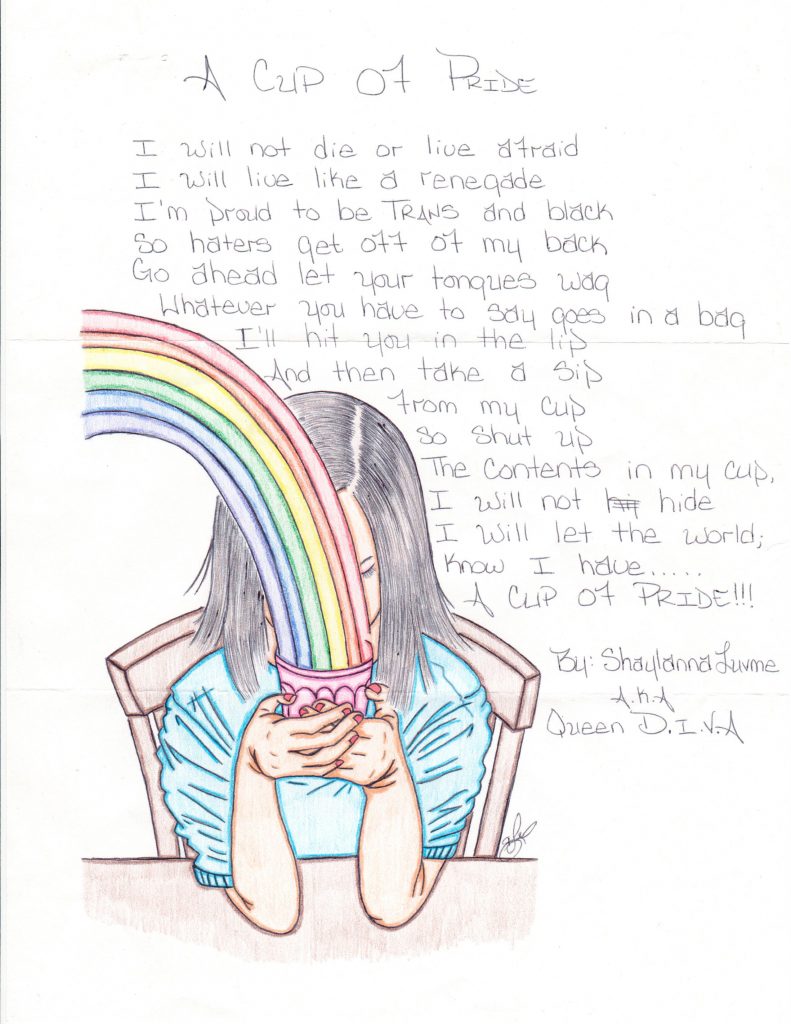 It is with great sympathy and sadness in my heart that I regret to inform our community of the continuation of murders of trans women of color in 2017. In the month dedicated to the recognition of black history, this marked the sixth murder of a trans woman of color and the fifth of an African American trans woman. These numbers only reflect the amount of tragedies that have been reported and not our lost community members who have been misgendered by news outlets, police reports, families, and other sources. It is vitally important to hold space in our hearts and say their names.

Chyna Gibson, a well-known performer in community, was fatally shot at 10 times outside a shopping mall in New Orleans while she was visiting family and friends. Less than 36 hours later, Ciara McElveen was stabbed to death in the same city. Along with the earlier loss of Keke Collier in Chicago, there have been three murders in five days.

The fact that the deaths of trans women of color has been normalized year after year saddens and disappoints many of us. Violence against trans women is not negotiable – when will justice prevail? When will society be educated on who we are and why are lives are just as important and valuable? Why are trans women not uplifted in media outlets when we organize and speak in Black Lives Matter movements or march for women’s rights? Why does it feel as if we are constantly misrepresented or not represented at all? Year after year, we are ignored for actions that should have included us. It is not a privilege to choose to live our lives without experiencing violence – it is one of our basic rights!

We are human, and we deserve to live our lives authentically without harassment and violence just as anyone else. How do we find ways to hold ourselves more accountable and show up as organizers, activists, allies, and members of community? Not only as a hashtag like #SayHerName, but by taking a stand and making a change to the ways that we as a community are overlooked and creating more avenues of protection.

We must work to empower community agencies and organizations to form coalitions and work against hate and violence. We must work with the legal system for reformative justice and work to stop the unnecessarily high rate of crimes against trans women of color.

As always, it is important to put aside our differences when it comes to preserving the lives of our community and continue to liberate and be powerful. Only the power of unity will prevail against the systematic ways that the world continues to oppress who we are. For the members in community who we have lost, our most sincere condolences to their friends and families. We will continue to uplift their voices and find ways to break down so many systems that attempt to extinguish us from existence. Rest In Power.

“I am not free while any woman is unfree, even when her shackles are very different from my own” – Audre Lorde

Building Movement Power at the #LawStrikesBack Rally
SRLP Mourns for the Lives Lost in a Recent Wave of Anti-Trans Violence, Calls for More Support for Trans People of Color