Members of the Sylvia Rivera Law Project are getting ready to join thousands of New Yorkers in the push to end the use of isolated confinement in New York State prisons.

On May 2, members of SRLP and the Campaign for Alternatives to Isolated Confinement (CAIC) will be in Albany meeting with legislators and assemblymembers on why the Humane Alternatives to Long-Term (HALT) Solitary Confinement Act must be passed. SRLP is proud to join our members on the inside and many other organizations to name this practice for what it is: torture that is steeped in racism, sexism, and ableism.

In preparation for next Tuesday’s event, SRLP has been working with our membership to ensure that the voices of transgender, gender non-conforming, and intersex (TGNCI) people are represented. Many of SRLP’s members have been forced to survive the known torturous conditions of isolated confinement in the New York State prison system. This tends to happen for two very disparate reasons. The first is that TGNCI individuals are purportedly placed in Protective Custody (PC) “for their own protection”, but the isolation only makes TGNCI people more vulnerable to staff abuse. The other most common reason is that TGNCI individuals stand up for their dignity and safety and, in response, they are brutally punished with disciplinary tickets and time in the Special Housing Units (SHUs).

One of SRLP’s Prisoner Advisory Committee (PAC) members, Dee Dee Webber wrote about her experience of Involuntary Protective Custody in this personal essay. At the time of the essay, Ms. Webber had been in PC for four straight years. She describes her conditions in great detail:

“I’m allowed only 1 hour outside to use weights (if available), phone and T.V., or to play cards or basketball (if they’re provided but usually aren’t)…Our cells have solid doors with a small window about the size of two paperback novels placed side-by-side. You can only see directly in front of your own cell. You can’t really hear anything outside the cell due to blower vents in our cell that circulate air in and out of our cells being so loud…the cells are designed for disciplinary solitary confinement.  Inmates new to the unit have no idea what is going on because no rule book is available, nor does staff give a rundown of how things run in the unit.”

Ms. Webber discusses how protective custody – which she was in “for her own good” – actually deteriorated her health and well-being.

“There are no interactions from your cell with anyone for 23 hours a day aside from C.O.’s delivering your food trays 3 times a day. There’s no programming or classes or any type of rehabilitation work you can do in here either.  The mind stagnates…You can readily identify the detrimental effects of our solitary existence by the harried way we socialize. The personal contact is a great need… As humans we need to socialize…Prison is already a very lonely place for many of us.” 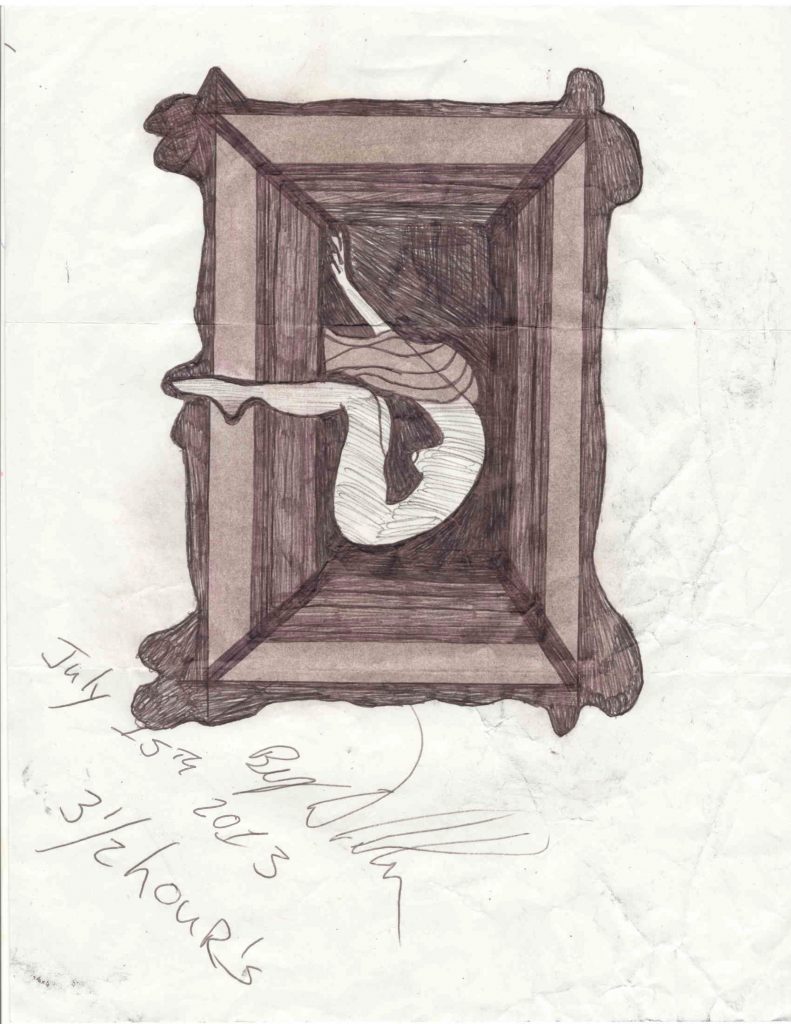 The second most common reason that we see our TGNCI clients in solitary confinement is due to allegations that they “disobeyed a direct order.” In reviewing their case file, we often find that this means a TGNCI client asked a guard to use the right pronoun for them or asked them to stop using racist and homophobic slurs when speaking to them. This action – standing up for your dignity and humanity – can lead you to solitary. Another PAC member, Terrianna Witherspoon, asked us to share her recent experiences in solitary for exactly this reason.

In late March, Ms. Witherspoon was informed that she would be moved to a new housing location. She wrote to us that she had previously been in that unit and it was “a security risk for me…there is nothing but violence and theft in that housing unit.” Ms. Witherspoon informed the officers that she had previously lived in that unit and it wasn’t safe for her to return there. “I tried explaining to him that the officers need to stop trying to place me in unsafe environment putting my safety and well being on the line.” Ms. Witherspoon was given a disciplinary ticket and she received 30 days of solitary confinement for refusing to move to an unsafe housing arrangement.

When Ms. Witherspoon returned to her cell from her disciplinary hearing, she found that all of her hair ties had been removed from her cell. When she asked why, “the officer that had me shackled at the waist removed the chain from waist and pushed me into my cell. After he took the cuff off my wrists he says to me ‘this is a men’s prison, sir, and I’m going to treat you like the man you are.’”

As Ms. Witherspoon faces her time in solitary, she worries about the effect on her health.

“Being that I’m behind these walls I tend to be closed in with myself. Mentally and emotionally I feel that I’m losing what little serenity I have. The more I talk to mental health about putting me back on my medication the only thing they give me is word find puzzles…I wouldn’t wish this experience on no one. It’s one lonely place to be.”

“I hope that with the help of SRLP and the PAC, prisons all over NYS can better their safety and wellness procedures for trans people…I’m going to remain strong and fearless.”

Check out our campaign page to find out more about the ongoing abolitionist work SRLP is involved with. You can also still join CAIC in Albany on May 2 – check out their webpage for information on how to sign up. You can read more about the experiences of trans women in the NYS prison system in this expose from Solitary Watch.