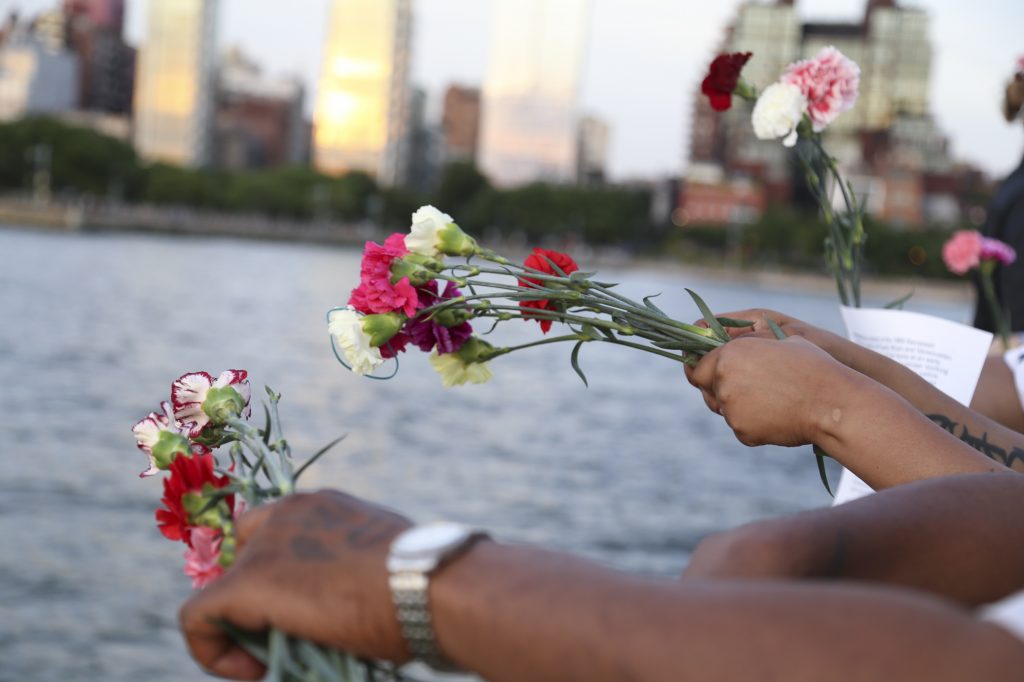 On June 26th, SRLP’s Movement Building Team and GMHC co-hosted the 4th annual ceremony and celebration for Sylvia Rivera and Marsha P. Johnson, Happy Birthday, Sylvia and Marsha. Cecilia Gentili, Director of Policy for GMHC, opened the event, which was held at the Christopher Street Pier, by stating: “This is our space and it’s time to enjoy this as a family.” Junior, an SRLP Movement Building Team member, further stressed the importance of the event’s location by reminding participants that Sylvia Rivera and Marsha P. Johnson lived and worked at the pier. Another SRLP member held a moment of silence as part of her dance routine to honor the significance of the space in connection to Marsha’s death. She stated that the dance was both a way of honoring the dead, as well as a way of promoting community healing.

There were a number of other performances by Movement Building Team members. The musical choices ranged from pop to Broadway to gospel, and performers used the opportunity to showcase their outfits and their talent. It was fun to see the passion performers brought to the stage and it was a testament to the resilience of our community members.

The event closed with a ceremony as the sun was setting. The group of about 30 people pressed up against the railing at the pier and listened to members read short biographies of Sylvia and Marsha. Participants tossed flowers into the Hudson River as they repeated, and some cried out, the names Sylvia and Marsha.

Marcie, an SRLP member who knew both Sylvia and Marsha, spoke to Marsha’s wit and intelligence, which she feels is often eclipsed by the focus on Marsha’s mental health. Marcie also prepared a written piece on aging, disability, and trans identity as tribute to Sylvia and Marsha. In the piece, Marcie writes:

I am a sign of the times to come. An enigma no more. They call me transgender, male, female, child of the unknown, non-binary, genderless, children of the most high. Yet when my head hurts I look to the skies and thank my Warriors who came before me, unattended too like me. My pain wrecked body, ravaged by ailments, depending on subsidies they want to deny me. I work beats unknown to the common man. Like the fanfare to an uncommon woman.

A Life on the Inside
Visiting Attica: SRLP attempts to break barriers for our incarcerated loved ones