You are here: Home › News › A Life on the Inside
By Sylvia Rivera Law Project on July 17, 2018 in Prisoner Rights Project, SRLP Prisoner Advisory Committee
Tweet

The following blog post is from Ms. Rona Sugar Love, an SRLP Prisoner Advisory Committee member for over five years. SRLP has lightly edited the post, with Ms. Love’s consent. Ms. Love is also a member of our Advisory Committee for our re-launch of It’s War in Here and she is a frequent contributor of art for our annual calendar. She is a lover of nature, animals, and artistic expression. 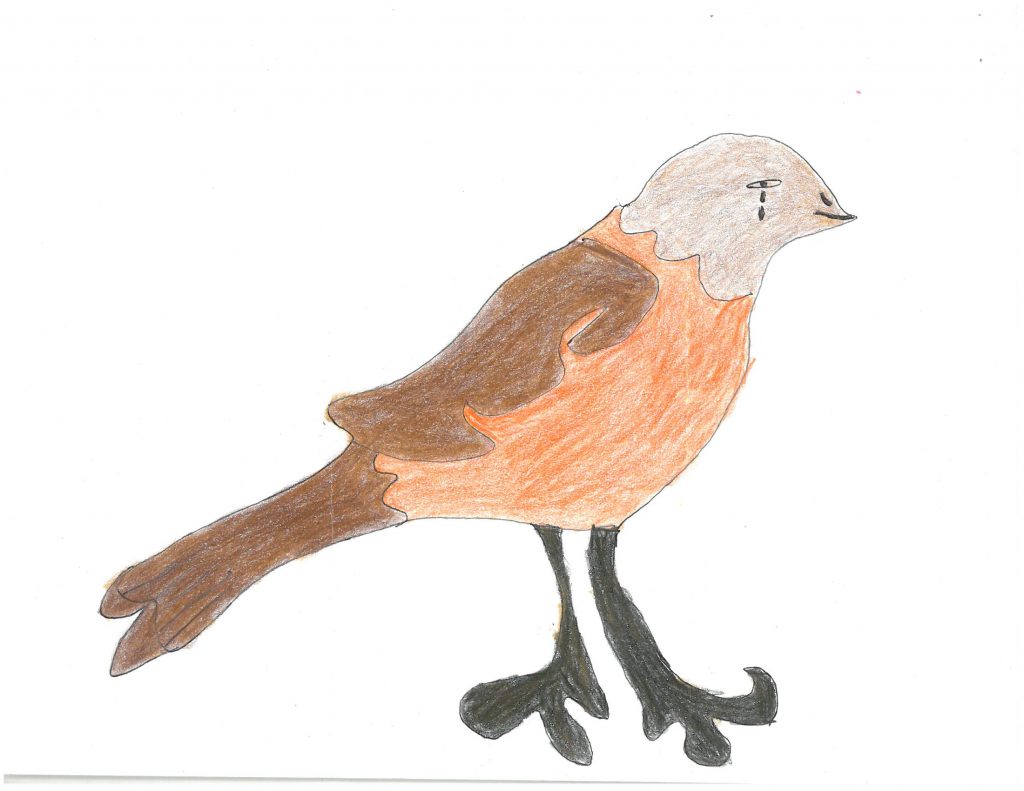 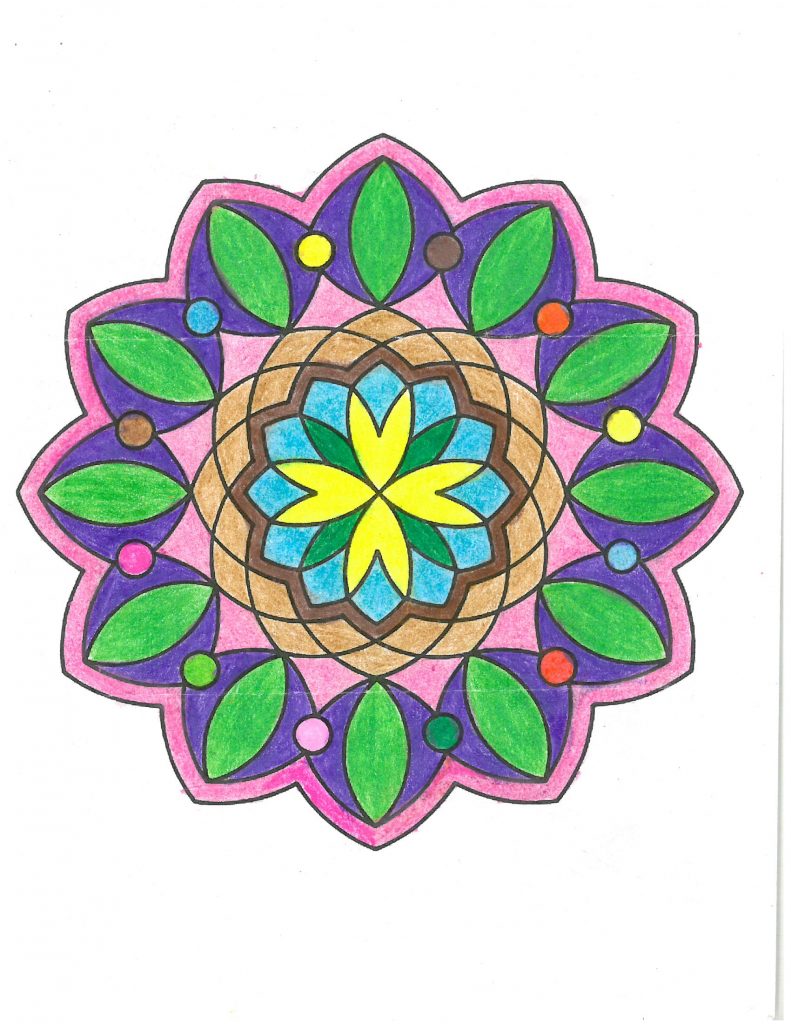 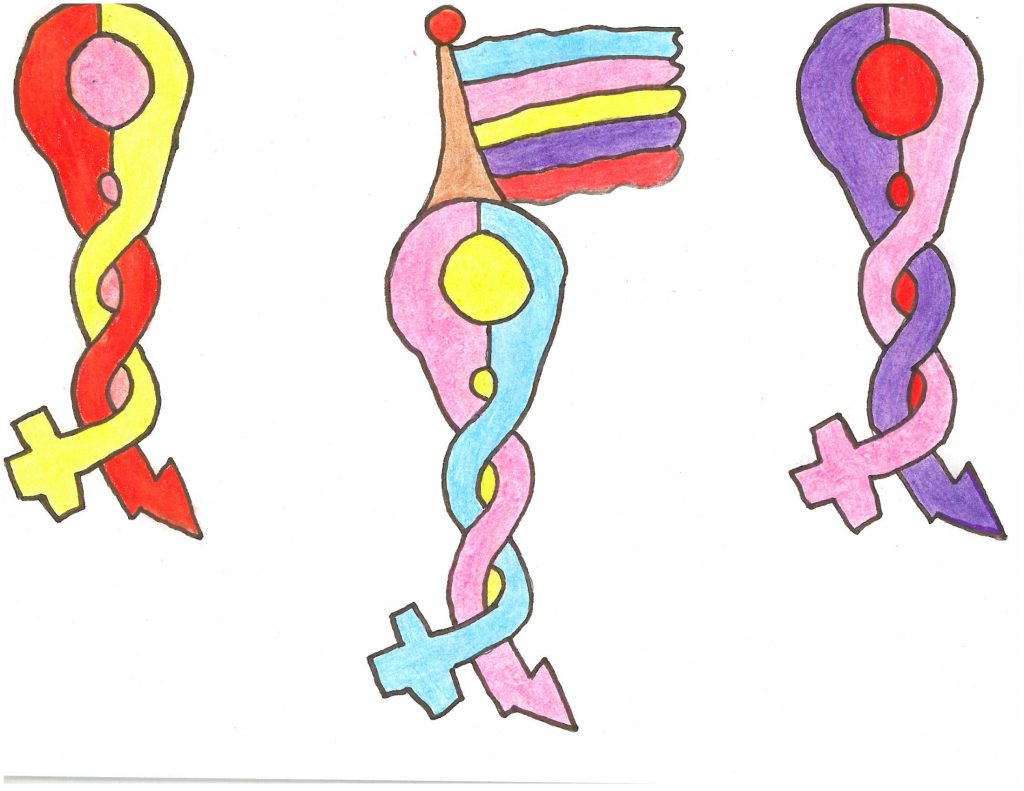 A Life on the Inside

I, Ms. Rona Sugar Love, was born April 29, 1961 under former name Alberto Rodriguez Marrero, in the town of Toa Alta, Puerto Rico. In 1968, I was held captive with my twin sister for two long horrible years, being subjected to physical, emotional, sexual, mental abuses three to four times daily and being fed at times only two to three times a week to keep us weak and stop us from fighting back.

I lost my twin sister before we could get rescued in 1970. That was the worst time of my life. Losing my twin was the worst thing that ever happened to me in my life and it changed my life forever.

My entire childhood life was stolen from me. I spent 1970 to 1979 going from one mental hospital to another until 1979 when I got placed in prison for the murder of Mr. Melvin Cox at Hunts Point Avenue in the Bronx, New York. There were three other guys fighting that man and I, for no apparent reason at all, joined the fight and we all took turns stabbing the man with a Boy Scout knife. In all reality, no one knows who actually killed him, but I took full responsibility for my actions and accepted eight and one third to twenty five years in prison.

While incarcerated from 1979 to 1983, I was raped twelve times, eight times by other inmates and four times by officers. One of the biggest problems that remains to the current day is that the New York State Department of Correctional Services (OSI) Inspector General does not like to investigate other staff that work for DOCCS nor those employed by DOCCS, and every time they come interview us about staff corruption or misconduct they never write what you tell them really happened. They only write what’s going to help the staff member. Then they tell you months later or two years later they did not find any wrongdoings or maleficence done by staff members.

That is why we don’t report sexual misconduct by staff anymore, because we either get set up with a weapon or assaulted by staff weeks later for reporting, or the staff tells other inmates you ratted them out on something and get you in a war with other inmates.

I was born a woman in a man’s body, a body that I have hated with a passion since I was twelve years old and I first started dressing as the girl I was then. Now, I am a fully grown woman, but it has come with a painful journey under the care and custody of the DOCCS since 1982 when I first got my gender identity dysphoria diagnosis while at Clinton Correctional Facility. Thereafter I was placed on hormone therapy treatment twice a day until 1989 when DOCCS medical administration’s bureaucracy ended my hormone therapy. Then in 1990, on May 21st, I got paroled and I continued my hormone treatment while on parole in Puerto Rico until 1993. My parole officer, Mr. S, told me that I had to come to New York so that he could submit the paperwork to get the rest of my parole terminated, since I was doing so good in Puerto Rico where he came to visit me without notifying me he was coming. He found me working at the phone company at Covadonga, Puerto Rico and at the electric company in Corozal, Puerto Rico, doing real good living by myself with another transgender woman. I did not even once violate my parole supervision.

While I was in New York per my parole officer’s request, I was placed in a shelter at East 143 St. in Manhattan from June 1993 onto November 1993. Then welfare on East 34th Street got me an apartment at 1382 College Ave, Apt. E-3 Bronx, New York. And in December 1993, I moved into a Bronx apartment with another guy who co-signed my lease.

In 1995, I got sentenced to twenty-five years to life in prison under the care and custody of the New York State Department of Corrections and Community Supervision.

While at the Bronx House of Detention awaiting my trial and up until my trial was completed, before I was sentenced and turned over to NYSDOCCS custody, I was receiving my continuous hormone therapy treatment. But once I arrived back at the custody of NYS DOCCS, my treatment went dead for twenty-three years and I was made to get a second gender identity dysphoria diagnosis on November 9, 2017. I did and got re-confirmation and re-certified with gender identity dysphoria.

And as of May 7, 2018, I still have not gotten my hormone therapy re-started yet.

I have also made it very clear and have requested from medical that I be given a referral to go see the surgeon for evaluation for sex-reassignment surgery, in which I will get my sex changed by whatever means deemed necessary. No one will stop me from getting my sex change to fully make me the woman I was born to be and am, and to finally free me from the extra man’s parts that I have in my body that don’t belong there and that I have been tirelessly fighting to change for so many painful years now.

These are some of the problems and painful journeys I have had in New York State Department of Corrections care and custody from 1981 until the current date in March 2018.

So when you think of someone being falsely prosecuted and convicted and of that person being a transgender woman or a LGBTQ member or family member, you can now know what hell we got to face and the possibility of suffering at the hands of other inmates and sadly officers too.

But make no mistakes. There is no one to turn to or report the abuses to, because the New York State Department of DOCCS Inspector’s General Office does not care to investigate any type of sexual misconduct against inmates committed by staff. They only investigate inmate on inmate sexual misconduct, and when you do pursue other venues to call out the staff misconduct, prison administrators and inspector generals will have you set up or placed in the special housing unit and make you look like a liar or say you are crazy or suffering from some type of mental disorder and have you kept at a mental health residential crisis treatment program observation cell where you have no clothing, no writing materials, and no phone to call anyone. They also do not allow you to have a family visit so that you can’t inform them of what they are doing to us and in order to cover up and protect the staff’s corruption.

They have a so-called PREA hotline to report sexual abuses from staff and other inmates, but when you call them and report staff misconduct they tell you hold on for a minute, and they put you on hold for ten minutes then hang up on you. When they do take all your information, you wait for months and then no one ever comes to see you or investigates, and one thing you never do is notify facility sergeants or lieutenants, because they go straight to the person you are filing the complaint against and tell them what you are doing. Within a week, they set you up with an assault by staff or they will find an alleged weapon in your cell or give you an allegedly positive urine test.

So these are the real reasons that we are now no longer willing to report any more staff or inmate sexual misconduct against us transgender women in male facilities under the care and custody of New York State DOCCS.

Life in prison is like living in hell, burning alive and there being no one around to pull you out of the fire.

Finally, we also need an independent body that can come weekly or bi-weekly to the maximum security facilities and make rounds in the mental health units’ observation cells and talk to the inmates being held there and assure that they are getting medical care. Some of them are only being held there by security staff after they physically beat them up and then they have mental health staff place them in observation mental health cells to stop them from writing the outside and reporting any injuries They keep you in observation until your injuries have healed and there is no documented medical injury report. Yeah, they did it to me on several occasions. They beat me up then kept me in a mental health observation cell until my injuries were healed.

There is a lot of work that needs to be done in order to protect the prisoners and mental health patients at all the New York State DOCCS facilities, the mental health psychiatric centers and the hospitals that house prisoners.

In closure, I am a victim of such abuses since childhood in the free community and now in the prison system. I don’t truly understand why politicians and administrators of such facilities above feel that putting an end to all these abuses is a bad thing to do, but it’s not. It’s time to put an end to all the abuses of sexual and physical nature in all confinement, DOCCS, and OMH facilities.

It’s time for justice and equality and an end to all sexual and physical abuses in prison by staff and inmates. Join the fight for peace and love and help us by contacting all appropriate politicians and the governor’s office so that they can investigate these problems.

One Response to A Life on the Inside