You are here: Home › News › What else happened when GENDA passed the Senate on Tuesday
By Sylvia Rivera Law Project on January 22, 2019 in News
Tweet

Multiple LGBT organizations, including ones who are staffed by and do work for tra 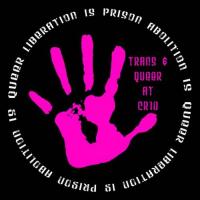 At the same time that GENDA passed, SRLP members had joined with with the Campaign for Alternatives to Isolated Confinement (CAIC) to meet with senators and assembly members regarding the torturous use of solitary confinement in New York State. SRLP has published and continues to share the specific ways that transgender and gender non-conforming people are tortured by our prison system in solitary confinement. These two events are indeed related.

The version of GENDA that passed the Senate on January 15, 2019 includes a Hate Crimes Provision which forms the basis for SRLP’s resistance to the new law. It is impossible to do the work SRLP does – fight against the use of torture, isolation, poor medical care, sexual violence and more in our prison system and allow for individuals to go through our racist legal system and be placed in prison for multiple additional years on top of minimum sentencing.

Transgender and gender non-conforming people need to be able to access housing, employment, hospitals, and other essential public places without facing discrimination. That is without dispute. It is hard, however, to say that adding additional years to sentencing at the discretion of the Attorney General’s office in any way keeps our communities safe. Especially when laws like GENDA specifically leave out police forces, jails, and prisons from its provisions. GENDA does not replace criminal laws already in use. Should someone assault a person, they would still be considered for assault charges at the usual rate of 5-25 years. If the District Attorney chooses, she may then add additional years to that sentence under hate crime laws.

Using GENDA, a transphobic attacker may go to prison for 20 years for the assault and then an additional period of time under hate crimes laws. But this same person will witness transphobic attacks by officers and civilians against incarcerated transgender people and learn that no human rights or non-discrimination laws prevent this. In short, as many abolitionist thinkers warn, prisons are a site of hatred and they teach hatred. They do not keep anyone safe.

One common misconception regarding GENDA is that any act of discrimination or violence against a transgender or gender non-conforming people will automatically receive additional hate crime sentencing. This is not true. Rather, the District Attorney prosecuting criminal charges may add an additional hate crimes charge to the criminal charges an individual is already facing. A employer who refuses to hire a transgender person or a landlord who refuses to rent to a transgender person are not covered by hate crimes laws. The charges only apply to criminal prosecutions and only at the determination of the District Attorney, not the survivor.

SRLP has a long history of resisting the use of hate crime laws. In 2007 we released a statement with other sibling organizations: FIERCE, ALP, The Peter Cicchino Youth Project, and Queers for Economic Justice. In 2009 we launched a Hate Crimes Legislation Reference Page and a statement on hate crimes in general. In 2017 we added on to that work when then-Attorney General Jeff Sessions stated that the federal government was invested in taking seriously violence against transgender people.

What former Attorney General Sessions did not say, and what we fail to acknowledge within the form of GENDA that passed in New York State, is that most often violence against transgender and gender non-conforming people comes from the State itself.

Protecting transgender people is not the same as increasing the prison term that someone serves. We hear from our clients,who are also transgender New Yorkers, every day about abuses against them from Correctional Officers. Over 60% of the clients who use SRLP services have had experiences of arrests, detainment, imprisonment, and parole. The New York City jails have only just allowed that certain human rights extend to detained and incarcerated people, and New York State is itself struggling with the NYCLU as to whether the state Human Rights Laws extends to police departments, jails, and prisons. If Governor Cuomo’s statement of “full equality and equal protections under the law” is true then why oppose an investigation into police misconduct against a transgender woman?

Violence against transgender and gender non-conforming people is real and it is serious. But our lives and experiences are not pawns in a game allowing the government to act at will placing New Yorkers in prison for longer, especially when so much violence against us is not covered by GENDA in its current form as it leaves out police, jails, and prisons.

According to the most recent Hate Violence report from the National Coalition of Anti Violence Programs, survivors of hate violence and intimate partner violence do not receive meaningful support from police officers when the survivor is reporting an incident. “Of the survivors who shared information about their interactions with police to NCAVP member programs in 2017, forty-seven Hate Violence survivors who reported on interactions with the police also reported police misconduct. Of these, 44% reported excessive force was used and 56% reported being unjustifiably arrested. Fifty-four (54%) of IPV survivors who interacted with the police reported experiencing police misconduct. Of these, 20% reported excessive force and 80% reported unjustifiable arrest. It is important to note that in 6% of the documented hate violence related violence homicides (or 3 of 52), the victims were killed by police responding to incidents.”

The report goes on to say that in police reports themselves “the sexual orientation or gender identity of victims is not shared or is inaccurately cited.” Only 20% of hate violence survivors who interacted with the police reported that they acted in a “courteous” manner. It is unclear why the very forces that antagonize and harm our communities have now been named our protectors. It is ludicrous for us to invest in or feel safe in the very systems that often do us the most amount of harm.

If Senate and Assembly members truly want to protect transgender people then respect us everywhere including in prisons and jails. Don’t place women in men’s prisons. Don’t deny us access to our medically necessary care while in those prisons. Acknowledge that our criminal legal system is built upon and invested in racism and that people of color have never stood a fair chance in navigating it.

Governor Cuomo, instead of hate crimes laws that are disproportionately used against Black and Brown communities and result in additional and longer sentences, invest in transgender and gender non-conforming people ourselves. Invest in us by providing us with what we need to care for ourselves: homes, safe schools without NYPD inside of them, access to quality medical and mental health care and meaningful employment. Get rid of gender markers of identity documents, re-work the name change laws so that individuals do not need to publish their names in newspapers or bring their original birth certificates to the court, and ensure that women’s domestic violence shelters accept transgender women as readily as cisgender women. These are the actions that show that our lives matter. These are the actions that assist us in building strong communities. A government that denies us our identities, our dignity, and our self-determination cannot bring about justice by placing more people in prison for longer, after we have already been hurt.

SRLP continues to work against the reliance on the prison industrial complex and we continue to invest in our communities and each other as our best bet at safety and support.